LG Wing 5G has just announced the price in the US is $ 1,000 (equivalent to more than 23 million VND). In addition to the unique design, the device is also equipped with Qualcomm Snapdragon 765G chip, 8 GB RAM, 4,000 mAh battery, built-in fast charging, waterproof, durable according to MIL-STD-810G standards.

It is known that LG Wing 5G is priced at 1.09 million Won in Korea, equivalent to about 21 million VND, the device will be sold in Korea in early October. 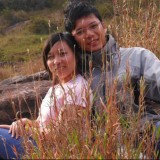